In a previous blogpost I discussed how the Swiss scholar Conrad Gessner (1516-1565) describes two strange species of fish, which generate spontaneously. Previously I identified these species as the sprat and the Baltic herring. In this blogpost I explore the background of Gessner’s assumptions about the spontaneous generation of fish.

The Reproduction of Fish

In his 1558 book on fish Historia Piscium Conrad Gessner describes the membras, which I identified as the Baltic herring in my last blog post:

This is confirmed in his description of the aphya phalerica, which was identified as the sprat:

This tells us that the author believes these fishes to generate spontaneously, which seems somewhat surprising. The study of fish was a booming topic in Gessner’s day, from around 1550 renowned scholars produced one publication on fish after the other. All of these experts agreed that fish reproduce sexually. In fact, Gessner described this reproduction process in detail. He makes an exception however, for these two as well as a handful of other species. Why does he do this?

A belief in spontaneous generation, the coming into existence of living beings not from parents but through some other means, originates in the classical era and was still widely accepted within the scholarly community in the sixteenth century. Small creatures, such as for example insects, were thought to generate spontaneously. Some base material was needed for this, often dirt, mud, or decaying matter. From this material a living creature would form spontaneously. As Gessner indicates in his descriptions, we can trace such ideas back to Aristotle’s History of Animals. Aristotle combined information obtained from a variety of sources, resulting in an overview of ideas commonly accepted in the classical era. One such idea was spontaneous generation. While, like Gessner, Aristotle acknowledges that most fish reproduce sexually, he believed that some were the result of spontaneous generation.

Discussing fish, in book VI, part 15, of his History of Animals, Aristotle states:

“Such fish as are neither oviparous nor viviparous arise all from one of two sources, from mud, or from sand and from decayed matter that rises thence as scum”

Aristotle’s ideas were absorbed into Mediaeval, and later into Renaissance science. The idea that animals sometimes generated spontaneously remained more or less unchallenged, and often even seemed to be confirmed by experience. For example, a century after Gessner published his work, the Dutch artist Johannes Goedaert (1617-1668) left out a cup of his own urine and watched it over a period of time. Eventually flies emerged from the cup and, not having noticed the fly that must have laid its eggs near this rich source of nutrients, he took this to prove spontaneous generation. Goedaert would later change his mind but for a while found this experiment quite convincing. Similarly, a little before Goedaert conducted his experiment, Jan Baptist van Helmont (1580-1644) felt confident to provide the following recipe for mice: Place a dirty shirt or some rags in an open pot or barrel containing a few grains of wheat or some wheat bran, and in 21 days, mice will appear.

This illustrates perfectly why the concept of spontaneous generation proved so durable, our own observations often seem to confirm it. We can conclude from Aristotle’s History of Animals that the same sort of confusing experience appeared to confirm the concept in antiquity. Aristotle backs up his claim that certain fish can generate spontaneously by citing observations that others have shared with him.

“As a proof that these fish occasionally come out of the ground we have the fact that in cold weather they are not caught, and that they are caught in warm weather, obviously coming up out of the ground to catch the heat; also when the fishermen use dredges and the ground is craped up fairly often, the fishes appear in larger numbers.” 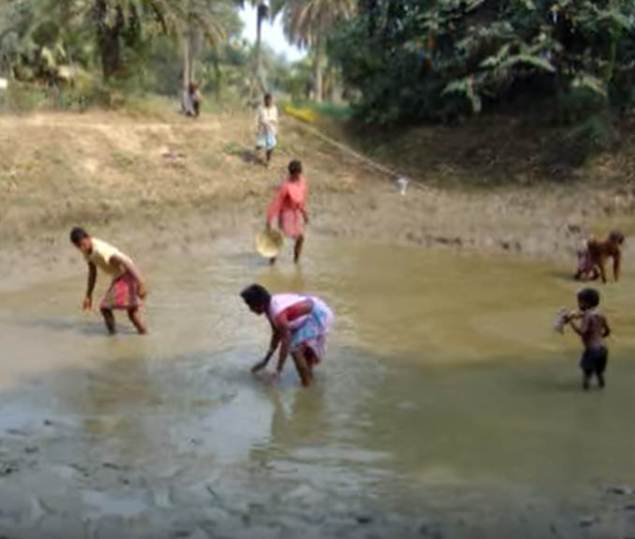 A Chain of Fishes 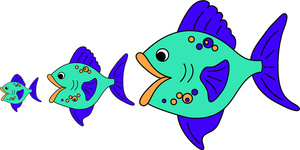 In the Footsteps of Aristotle

In Gessner’s day, Aristotle, as the founding father of natural history, was considered a much esteemed source of information. For this reason, Gessner and his contemporaries heavily relied on the information provided by him. Is this then a full explanation why Gessner believes these two fishes to generate spontaneously? It seems that Gessner was familiar with current catch records and market prices of the sprat, suggesting he had an informant who may have observed these species first hand. Surely someone like this, well-informed and possibly in possession of first-hand information, would know that the sprat springs from sexual generation as all other fishes do?

According to Aristotle this does not matter. He writes:

Consequently, just because you have observed that a species sometimes comes from sexual generation, this does not mean they cannot also come from spontaneous generation. It really is quite hard to argue with that.

This post also appeared on the Leiden Arts in Society Blog.